Star Trek Bootcamp: How to Introduce Your Kids to the 24th Century 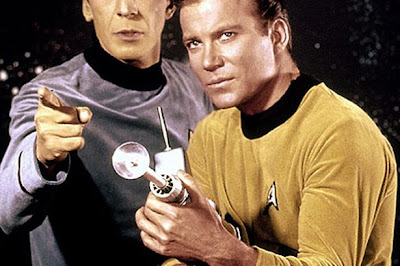 The only two things in this world I take seriously: (1) movies and (2) my kids. With this Star Trek Into Darkness thing coming out, I'm planning to take Zev, but needed to get him up to speed on the Federation and the whole history of the 24th century.

Introducing Star Wars, on the other hand, was easy. I've had that one worked out for decades (feel free to disagree, but know that you're wrong):

Star Trek is trickier. There's the original series, 7 seasons each of Next Generation and Deep Space Nine and Voyager, and however much Enterprise, the original movie series, and on and on. There's no clear or easy way in.

Advice I got from two nerd-dad friends: Watch some episodes with Shatner, then maybe some TNG and perhaps Wrath of Khan. A greatest hits approach. 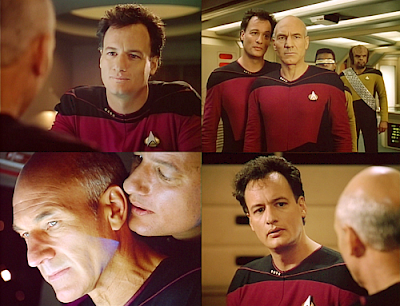 I ignored them and went this way, given that we're dealing with a 21st century kid with things to do and places to be: