Sirius/XM Merger OK with the Justice Department, and Also Just Fine with Me 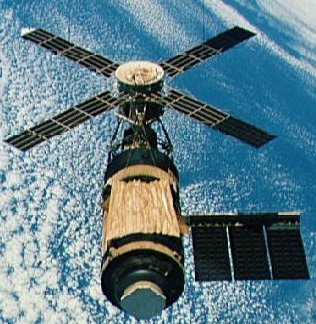 I subscribe to both XM and Sirius. One came standard in the Honda, and the other in the Mini, and I have developed an allergy to regular radio, so there you go. With news today that the merger is kosher with the feds, the two will be consolidating, hopefully for the better. Since I know they're listening, I offer a few suggestions for the new XiriuM or whatever it'll be called, taking the best from each.

The merger makes big sense to me, as the programming is basically identical. They both have stations dedicated to '80s hits, standards, chill-out space music, hard rock, classic rock, classic hard rock, reggae, opera, whatever, you name it. But then, I don't listen to Howard or Oprah, or sports, and that's where the big differences come in.

Anyway. A few thoughts from a freakishly dedicated consumer:

1. Keep XM's Pop Stations. Sirius has but one hits music station. It's fine. It's oddly varied, in fact. But then they have THREE easy listening stations. Now, XM has six hits stations—one of them the very cool and Euro U-Pop, playing hits from the discotheque—that might be playing "Apologize" at any given minute. So keep those. When I need to hear that new Linkin Park song, I NEED to hear it. Help me out.

2. Keep Sirius's Rock Stations. Both services have the spectrum covered, but Sirius more so. Stations dedicated to vinyl, punk, '90s alt-rock, hard rock, really hard rock, hair metal, and on and on. I mostly dig First Wave, the '80s new wave station, and Left of Center. It's indie-rock hits, basically, but nothing too out there. Because I'm boring. The Blog Radio blocks have chatty nerdy DJs, and I've grown to love them.

It's better, for whatever reason, than XMU, which is more experimental and less heavy rotation, and spends weekends on more off-topic special shows, lo-fi hip-hop or whatever. Nice in theory, but isn't there an lo-fi hip-hop station somewhere? Also, Sirius has CBC 3, Canadian indie rock. Love it.

3. Merge the Talk. There should be room for both Howard and Oprah, right? Also, Sirius has two NPR stations and XM has zero. Both have right-and-left wing noisemakers (twice as many on the right, by my count and I'm just sayin') and Fox and CNN and all that, so that won't change, I'm sure. But I like my NPR, especially without pledge drives, so more of that.

4. Keep XM Kids. SIRIUS KidStuff is always on in my car, but XM Kids is way better. They dig deeper for fun, oddball tot songs, instead of just playing Dan Zanes and Laurie Berkner and then more Laurie Berkner. Love Robbie Schaefer's Stuck in a Real Tall Tree show. This one's easy.

5. Merge the Weird Stuff. Keep Outlaw Country from Sirius, the only country station on either service I frequent. And Shuffle. And Elvis. Then from XM, make sure and hang onto the movie soundtrack and Broadway stations. Why Sirius doesn't have these is beyond me.

6. Get Me a Discount. Or send me a fat check or a dead satellite or some such for all my wisdom.
Posted by Unknown at 6:05 PM

You Rock Radio is a platform that uses the Internet to deliver high quality radio and video programming. Our demographic reaches an unlimited resource in a worldwide venue. The benefit to artists and advertisers is far reaching, but the most important product is our quality radio broadcast. What we deliver to the audience is what matters the most at YouRockRadio If you have not had a chance to hear a show, we encourage you to check us out. And always remember... YOU ROCK!

You DO rock, Glenn.

You are WAY off on the kids music - the shows on XM are so annoying. That Absolutely Mindy kid/woman/whatever grates on my nerves so badly I want to kick a dog or something. Sirius Kidstuff was so much better - just good music that my son and I loved. The XM one is just a bunch of people acting silly and my son never even listens to their incessant talking.