I Have No Plans to See THE BANK JOB This Weekend, but I will Admit to Having a Huge Totally-Heterosexual Man-Crush on Jason Statham 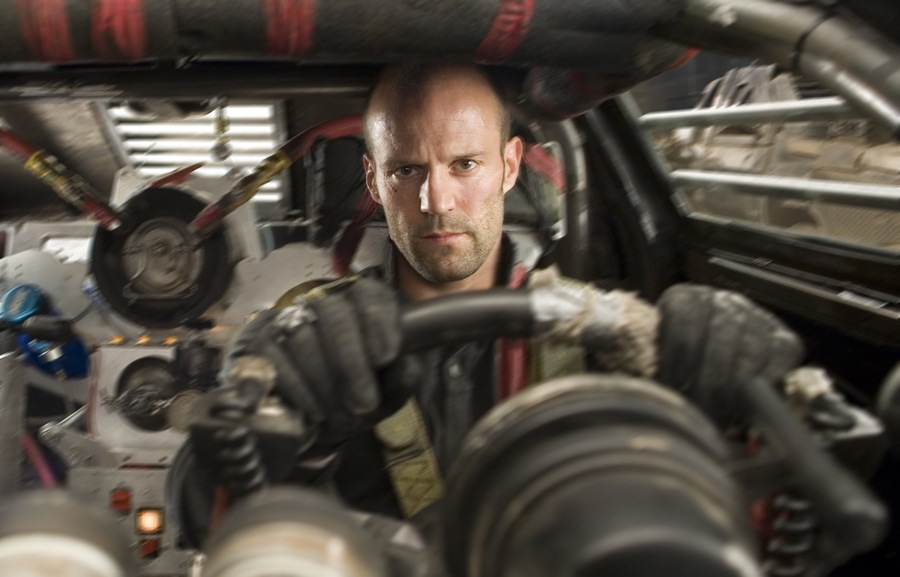 If I was a 21st-century action star, I'd so totally be Jason Statham. If he didn't kick my ass first, for, like, trying to be him. Not that there's much else to choose from, except maybe Jason Bourne, and I'm pretty sure he's not even real.

This Statham guy, he's all sleek and Euro. He can kick with power and grace. His nosed is all fucked up, but he still looks great in a suit. It probably even feels dangerous just to be around him.

Plus, look at the movies he's in, this year alone: (a) IN THE NAME OF THE KING, a low-budget sword-n-sorcery deal; (b) THE BANK JOB, a heist movie, and nothing is cooler than a heist movie, except, (c) a remake of DEATH RACE.

These are the movie choices of a Real Man, unafraid of crap dialogue, action clichés and cheap effects. A man who's ready to ride, or race, or fight, no matter what the arena, or the stakes. A man who knows the real action still happens on the edges, and at the bottom, and isn't afraid to dwell there, and be king.
Posted by Unknown at 4:23 PM